When comes to a disaster event, time is critical factor to rescue victims. but when the disaster happens in remote area or difficult to reach area, most of the current rescue methods from air and ground tend to fail, simply due to inability to reach fast enough or less operating time. A novel combined ground and areal platform (UGAV) was developed with autonomous navigation capabilities. Aerial system was equipped with thrust vector mechanism system which increases speed of forward motion and reduce drag due to the less tilting angle of the platform. Aero body design has increased the lift force of the platform. Autonomous waypoint navigation is enabled along with vision-based obstacle avoidance system. vision system is equipped with stereo camera where the obstacle position is identified with it’s 2D coordinates as well as distance between object and robot. 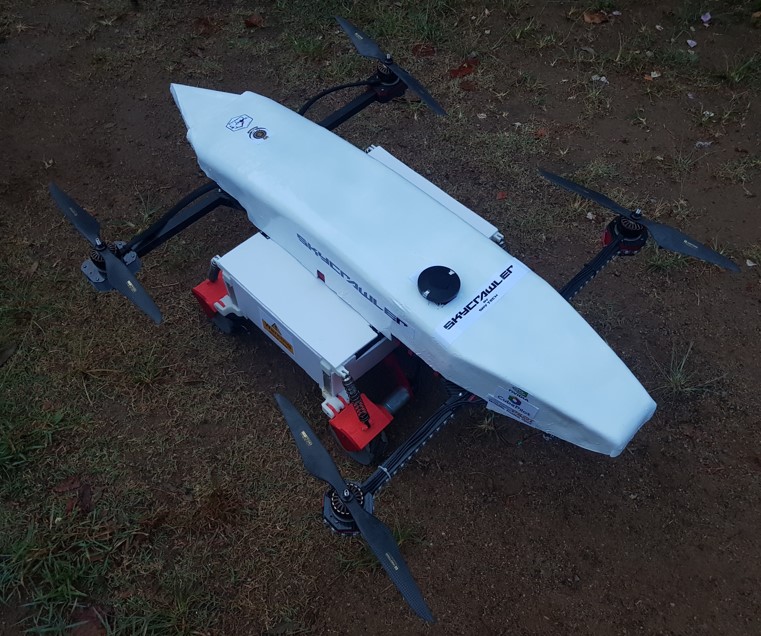 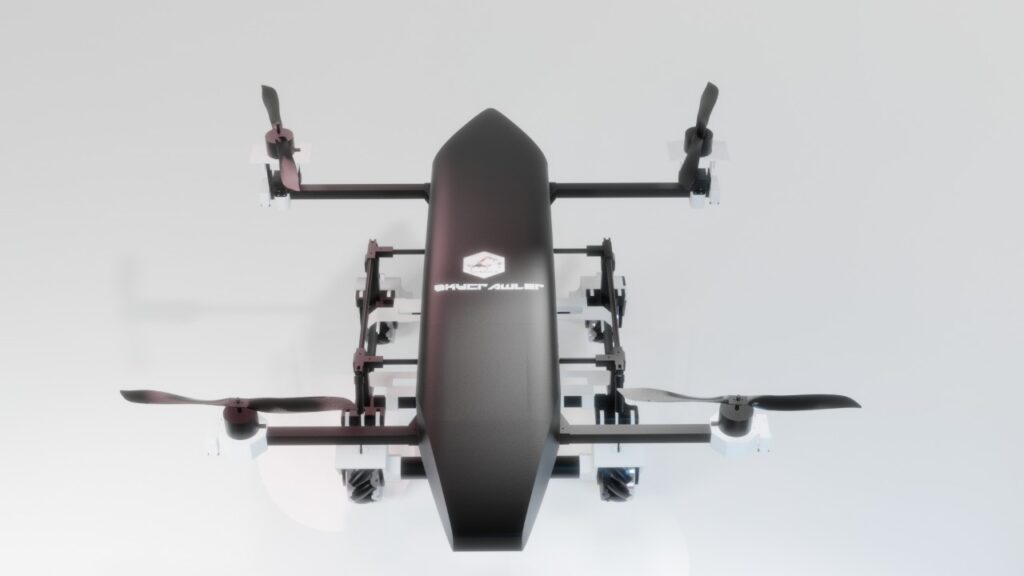 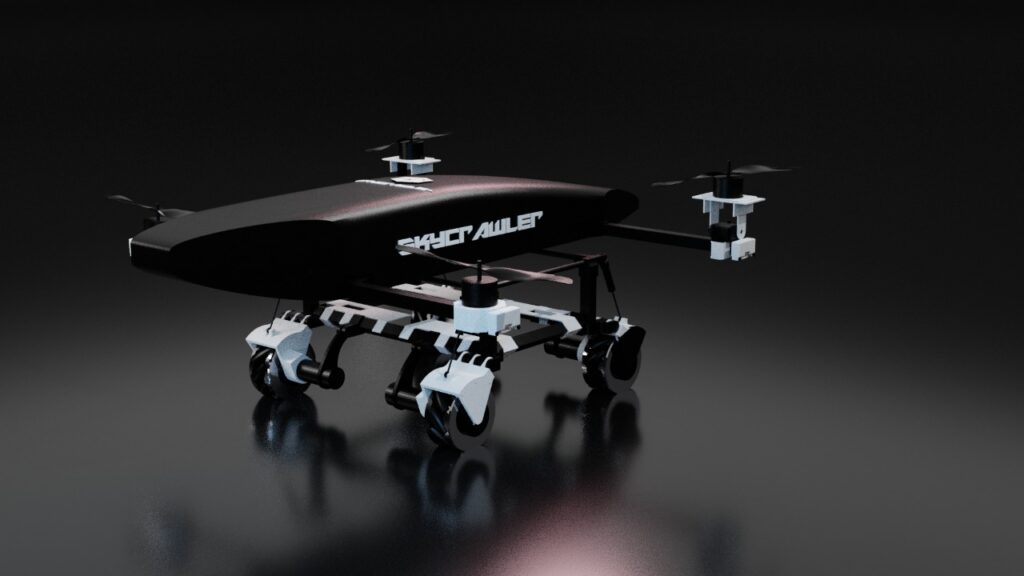